Budget 2021 - investing in the Stocksbridge line 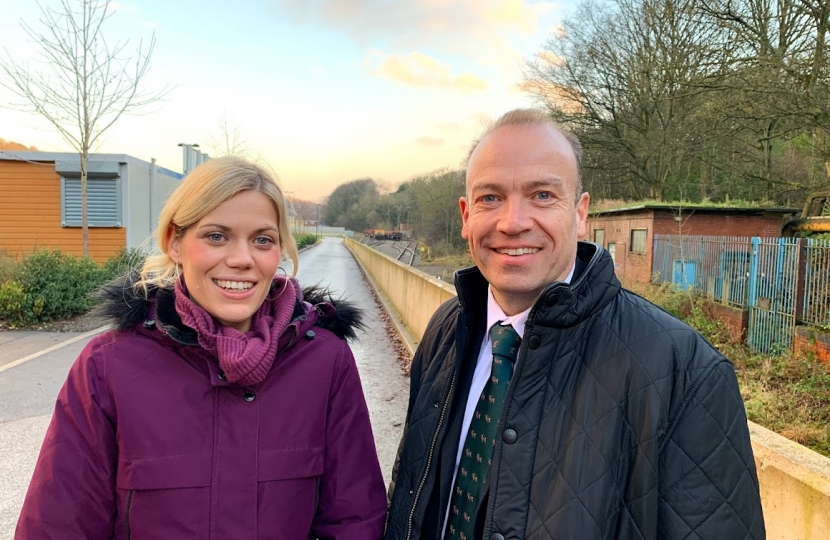 Bringing back passenger trains to the Stocksbridge Line

I'm absolutely delighted that the Chancellor has announced funding for the next stage of my bid to bring passenger trains back to the Stocksbridge line.

This is fantastic news for Stocksbridge and the entire Upper Don Valley. Improving transport connectivity is the key to unlocking opportunities for local people and businesses, and our towns and villages have been cut off for far too long.

I submitted a bid to the Government along with the South Yorkshire Mayoral Combined Authority earlier this year for funding to begin the process of restoring passenger rail services on the existing freight railway between Stocksbridge and Sheffield. The proposal includes stations at Deepcar, Oughtibridge, Wadsley Bridge, and Neepsend, as well as at Stocksbridge and Sheffield Victoria, and includes the possibility of onward connections to Rotherham, Worksop, and Chesterfield.

Making use of the existing freight railway to run passenger trains could cut the journey time between Stocksbridge and central Sheffield to just 15 minutes, helping to connect local people to jobs, education, public services, and social events in Sheffield and beyond.

Getting a new passenger service up and running is a complex and lengthy process, with a number of legal steps to go through before work can begin on the railway itself. The money the Chancellor has announced is intended to pay for the necessary professional engineering and environmental studies, as well as to develop the full business case for the line. There will then be public consultations and planning procedures to go through. Only once these processes have been completed and the planning applications approved will additional money be unlocked to carry out the necessary work on upgrading the existing railway.

I know this project enjoys huge support from the local community, and I would like to thank South Yorkshire Mayoral Combined Authority, Sheffield City Council, and the Don Valley Railway group for their work over recent months and years. Restoring this key rail link is an important opportunity for Stocksbridge and the Upper Don Valley, and builds on the transformative £25million of Government investment through the Stocksbridge Town Deal.

This is just one part of my wider plan for public transport improvements across the Penistone and Stocksbridge constituency. I'm also working on an upgrade to the Penistone Line (which serves Dodworth, Silkstone Common, and Penistone stations), as well as better buses for our rural villages, a local Stocksbridge bus network, and a new bus service to link Chapeltown and High Green to Meadowhall.

Integrated transport systems underpin the sustainability of our local towns, villages and communities and so I'm campaigning to improve local public transport so that it works for local people.

Miriam Cates MP writes to the JCVI to ask that they assess the latest evidence to ensure that we're acting in the best interests of our precious children.