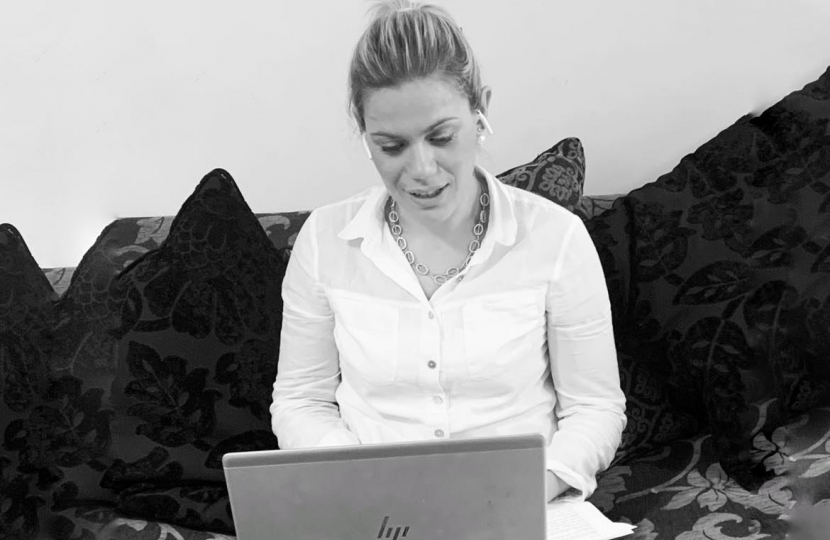 Boris has fired the warning shots, but now we must occupy the ground - Suella Braverman has the courage and determination to do that

The ‘progressive’ ideologies of the radical left are causing real harm to our young people. Braverman is the woman to put an end to it

Less than three years after winning a thumping 80 seat majority, the Prime Minister has resigned and we are in the midst of a leadership contest. Whilst personality and charisma might be enough to get you elected, it turns out they do not guarantee your ability to govern with longevity.

But govern we must. Our economy faces the twin threats of inflation and recession. Brexit is unfinished, there is war in Europe, and we are facing widespread strikes and an energy crisis.

These issues cannot wait. Whoever becomes our next Prime Minister must be able to walk through the black door, grasp the red box with both hands and deliver.

That’s why I will be voting for Suella Braverman, a woman who has repeatedly demonstrated not only that she understands what needs to be done and the detail of how to do it, but also has the determination and courage to stand her ground and see things through.

Take Brexit. Suella is alone amongst the leadership candidates to have held out against a watered-down Brexit. And as Attorney General she was instrumental in securing the difficult but necessary amendments to the Northern Ireland Protocol and stood firm in the face of institutional opposition.  On illegal immigration, Suella has publicly challenged the Court’s ruling that stopped the deportation of illegal migrants.

And on her plans for the future, Suella again not only lays out the ‘what’ but the ‘how’. Take the issue of taxation. Most of the candidates say they will cut taxes. Hear hear. But Suella Braverman explains how; only through reducing demand on the state by building strong families and communities can we shrink the size of the state and with it our tax bills.

But there is another issue that eclipses even the economic and security challenges that we now face.

We are in the middle of a battle over culture and values that threatens to erode the foundations of British society. Some call this the ‘culture war’ and dismiss it as light entertainment for the Twitterati.

But as a former teacher, I believe this is a battle that we must win, because the ‘progressive’ ideologies of the radical left are causing significant harm to our children and young people. Last month I led a debate in Parliament, revealing some of the appalling materials being used in schools in the name of ‘progressive’ relationship and sex education. Even our young children are being sexualised, told they can change sex and encouraged to discuss intimate details with adults. Since the debate my inbox has overflowed with parents’ testimonies from across our country, distraught about what is being taught to their children and in too many cases being told that they have no rights to stop it.

We must urgently push back against this attempt to undermine childhood, not just with bold statements but with a watertight legal plan to restore the rights of parents.

The first time I met Suella was after I had publicly questioned the former Schools Minister about children being ‘transitioned’ in schools. Suella sought me out in Parliament to tell me she was concerned about the DfE’s position and was urgently drawing up plans to clarify the legal position for schools and teachers. Here is a woman who doesn’t wait for problems to come across her desk or try to kick the can down the road, but tackles issues head on and with the full authority of the law.

In voting for the next leader, MPs are of course thinking about who can win the next election. But we must also consider who can govern now. For if we don’t fulfil our election promises – to deliver Brexit, level up our economy and push back against an agenda that divides us - no amount of ‘appeal’ is going to persuade voters to trust the Conservatives with a fifth term in office.

Boris has fired the warning shots, but now we must occupy the ground. Suella Braverman has the courage and determination – and the proven ability – to deliver on the promises that put the Conservatives in power.

This article first appeared in The Telegraph | July 12 2022

Miriam Cates MP raises objection to the imposition of parking charges at Langsett Barn car park believing that the charges will cause issues for local people and businesses and limit access to those who can afford the charges.